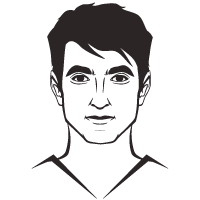 Many property owners may be unsure about the suitability of trenchless drilling because they are unaware about how the process works. This article discusses the key steps that are followed in order to install underground utility pipes without digging trenches along the entire route. Use this information to ask for additional clarification from the contractor that you have selected to lay utility pipes on your commercial property.

The first step that contractors take is to research the proposed installation site so that all site conditions can be factored into the design of the trenchless drilling process. For instance, imaging technology is used to identify any underground obstacles that the drilling equipment will have to work around. Visual inspections are also conducted to get actual records of the lay of the site. This information is then based upon to design a strategy that will yield the desired outcome without damaging any existing infrastructure, such as buried power lines.

The contractor then makes a small hole that runs along the desired path where the pipes will be laid. Different tools are used to make this hole based on the information that was gathered during the research of the site. For instance, a water jet can be used to cut through soft soil. A mud motor can also be used to break through any hard rock in the path of the drilling equipment. The pilot drill is monitored using scanners to ensure that the drill follows a predetermined path at the correct depth from the surface.

The final step of the trenchless drilling process entails inserting a reaming tool, such as a barrel, onto the drilling rig. This tool smoothens the drilled hole so that the pipes will not be damaged as they are installed inside that hole. The actual pipe is attached to the end of the reaming tool and it is pushed into position as the reaming tool travels through the bore. The contractor can then run a jet of water through the pipe in order to remove any debris that may have entered it. Thereafter, the pipes will be ready for use.

As you can see, trenchless drilling is a carefully planned process that is tailored to address any problems that may be encountered in the path of your pipes. You should therefore have no qualms about opting for this process so that you can enjoy the massive benefits of this method, such as minimal surface disturbance.